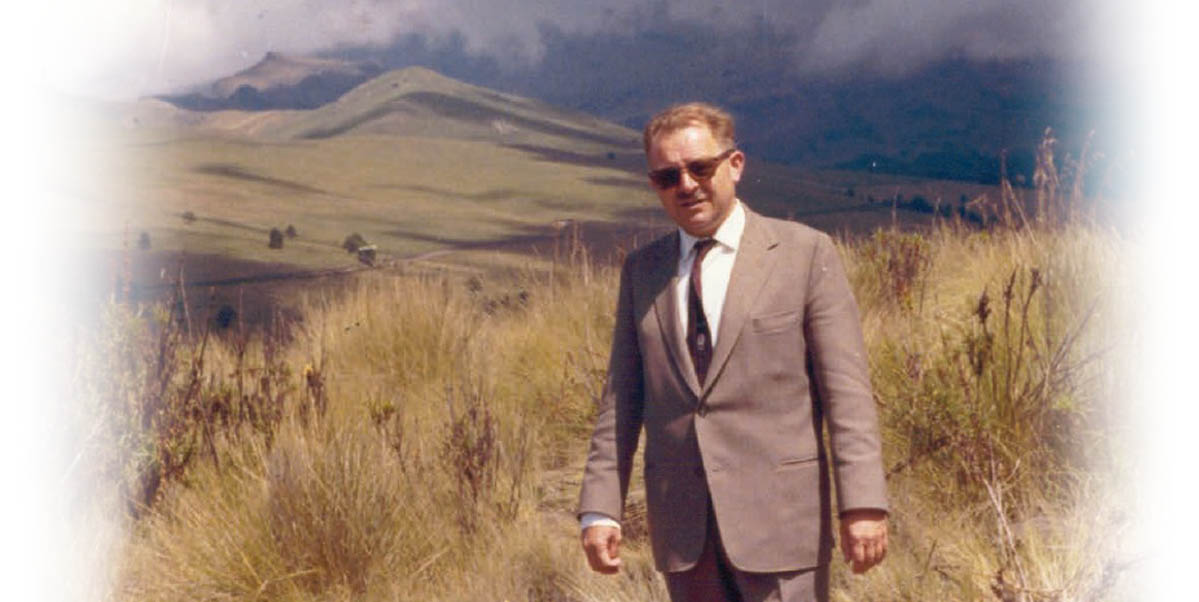 He was a living legend, and in 2017 his name still evokes a great deal of respect in pigeon fancier circles. He never raced pigeons himself, but his instincts for the birds, especially where breeding and selection were concerned, was unprecedented. His understanding of the muscle quality of pigeons, which he studied with the fingertips of his left hand, was phenomenal. It was a gift that granted him a role as cosmopolite as he travelled around the globe to Mexico, the USA, South Africa and the Far East already in the 1960s and 70s. His gift also gave rise to enormous gratitude, and accolades such as honorary citizenships of New Orleans and Lafayette. 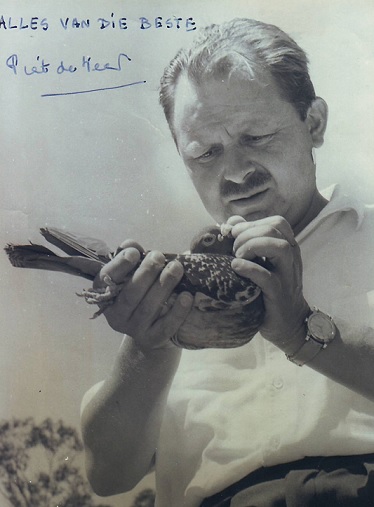 With his books, he shared his knowledge and insights of pigeon rearing with a wide audience and inspired many aficionados along the way. Piet de Weerd wrote unique books. Not only did they introduce fans to the big names in international pigeon racing, but also to his own vision regarding the sport. 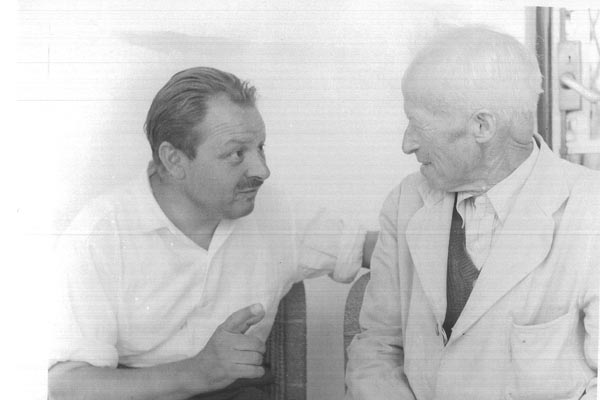 His ability to select homing pigeons was noted by a number of leading scientists in the fields of biology and zoology, and they were eager to involve Piet de Weerd in their studies of homing pigeons. Prof. William Keeton of the renowned Cornell University in the USA consulted him as part of his study of the orientation abilities of pigeons. Prof. Jan Bonsma in Pretoria, who later became famous around the world for breeding the Bonsmara strain of cows, approached Piet de Weerd as part of his research of heredity in pigeons. Piet de Weerd also worked together closely with Alfons Anker in Kaposvar, Hungary, professor of genetics, as well as German biologist and pigeon fancier Arno Meyer.

Possibly the most inspiring achievement by Piet de Weerd in the pigeon sport is his role in the creation of the Aarden breed, which plays a leading role in international marathon racing to this day. It is no exaggeration to say that Piet de Weerd was the architect of the Aarden breed, by means of the pigeons he brought to Jan Aarden on his many visits to Steenbergen.
He brought Jan Aarden pigeons from a.o. Oomens (Delbar-Deguffroy), Delbar (a.o. via Dusarduijn and Wagemaker), Stichelbaut, Meesters and Burgemeester Boels, which were subsequently cross-bred with local pigeons from the town of Steenbergen, thereby laying the foundation for the Aarden strain. As a result, the original stock hen for Jan Aarden, the
OOMENS hen, is often also referred to as the PIET DE WEERD hen. 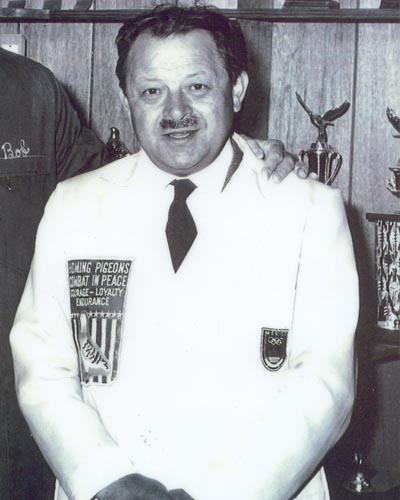 Piet de Weerd also played an important role at Piet Lazeroms in Zegge. On recommendation of Piet de Weerd, Lazeroms purchased entire lofts based on the Jan Aarden pigeons. Lazeroms presumed this tactic would at least ensure the best pigeons could be acquired, and this is how he became keeper of the Aarden strain. Many would later benefit in their own quests for good pigeons, such as the Van Zelderen brothers, Jacobs, Van Peperstraten and De Heijde.

Piet de Weerd made his mark not only in the Netherlands, but far beyond. The acquisition of WONDERVOSKE from Van der Flaes for the Oomens-Van Tuijn combination became a true catalyst for improved quality. At George Fabry in Liege, he mated ‘Franck’, ring number BE44-306686, with ‘Héroine’, ring number BE47-1008650. From this pair, PORTHOS,
ARAMIS and FAVORI were born, three pigeons that went on to bring world fame to Fabry. This lineage also played an important role in the creation of a strain by the Janssen Brothers in Arendonk.

Raymund Hermes in Germany also owes a great deal to Piet de Weerd. Not only for all the excellent pigeons he purchased from Piet, particularly ‘Piet’ (Meulemans), but also for the knowledge he gained from Piet de Weerd about the pigeon racing sport. In other words, Piet de Weerd contributed to Hermes’ success in two ways. ‘Stallion Jan Aarden’, bred by Piet de Weerd, gave rise to such excellent offspring in South Africa, that it is still talked about with great respect today. The
famous ‘Didi lineage’ at Van de Broucke-De Weerd was also the result of years of selection, inbreeding and crossbreeding by Piet de Weerd. DIDI was honoured as the 1st National Ace Pigeon Marathon Belgium, which his offspring KLEINE DIDI also
achieved at the lofts of Etienne Devos in 1997, in addition to winning the 1st National Dax.