Antibiotics are the most important group of medicines (veterinary medicines) in pigeon racing. Due to the way pigeon racing is conducted, there are enormous contamination possibilities, especially through the collective transportation that take place weekly during the pigeon season.

Diseases such as ornithosis complex, trichomoniasis, E-coli infections, coccidiosis and worm infections are respectively the most important ‘troublemakers’, besides of course the important viral diseases like PMV and pox. It is remarkable that, for example, paratyphus (salmonella) occurs about 10 times less in the flying season than during the cold, wet season (September to March). It often seems as if the paratyphus infection in several cases is contracted in the flying season, but only manifests itself at the end of the moulting period. The pigeons are then latently infected (without any symptoms) and by perceived weakening due to the moulting and the cold, wet period, they get the so-called clinical paratyphus.

It may strike you, dear reader, that I am not talking about Circoviruses and Herpesviruses, because I am convinced that they are ubiquitous in our pigeons and, unlike E-coli bacteria and Chlamydia for example, do not play a significant role. When some veterinarians recommend circovirus vaccines (primarily developed for pigs) to prevent the ‘adeno-coli’ syndrome, I have some trouble with that! The same goes for the Herpes combi vaccines. Half of the users think it works and the other half think it doesn’t! That’s of no use to me. That’s totally inadequate, as far as I’m concerned. A vaccine must be at least 75% effective, if you get what I mean. It’s not much better with Salmonella vaccines. The only vaccines that work well are PMV vaccines, almost 100%, and pox vaccines, I would say 75%! The rest are just an ‘expensive’ hope!

I came across some interesting articles on antibiotic resistance and the human/animal relationship. Views seem to have changed completely in the past ten years. Antibiotics have a dubious reputation with many laypeople. This is because of the resistance problems that have arisen in some places due to irresponsible use, especially in the human population, but also in intensive livestock farming. These antibiotics were and are, of course, desperately needed to overcome infectious bacterial diseases. It is interesting to know that ‘antibiotic resistance’ is not new and has been present in bacteria for centuries, long before antibiotics were discovered by humans as a medicine (Sir Alexander Fleming: penicillin in 1929!). These only became commercialised in 1941 by Florey and Chain. Bacteria protect themselves against natural antibiotics produced by other micro-organisms in their vicinity. The presence of resistance genes in the microbiome (the bacterial population in your intestines) of people who never came into contact with antibiotics was recently illustrated in a study on the resistome (collection of resistance genes in, for example, the microbiome) of a Yanomami Indian tribe in the Amazon region. This tribe of hunter-gatherers, which was only discovered in 2009, is completely isolated from the outside world and the members of this tribe have never been in contact with antibiotics. Nevertheless, several dozen different resistance genes (resistome) were found in their microbiome.

It has also become clear that resistance can be exchanged between pathogenic and non-pathogenic bacteria. It is therefore important not only to research the antibiotics, but also to closely monitor the development of the resistome. It is my conviction, and I’ve been saying this for more than 30 years, that our ‘Adeno-coli’ (in German ‘Jungtierkrankheit’ and in English ‘Young Bird Disease’) is mainly an E-coli problem. And the fact that sometimes one drug works better than another, along with annual changes in active ingredients, has given me the impression for many years that the ‘resistance’ of coli-bacteria can change quickly. 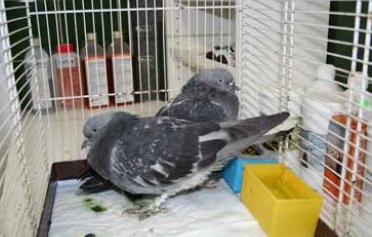 Scientific research is increasingly confirming that the conclusions I was drawing from my practical experiences were correct: Circoviruses play a minor role in this story (‘Adeno-coli’-syndrome). The name was introduced about 30 years ago by myself and my colleague, Pol Lemahieu.

Most antibiotics were discovered in various places around the world, in the soil! They were often extracted from soil fungi and then chemically analysed and professionally manufactured in laboratories. In fact, they are primarily natural products!

Another interesting theme on antibiotics is the duration of treatment. We were generally in favour of a relatively short treatment, especially in the case of ornithosis complex. 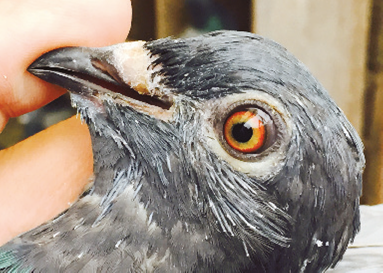 We believed this for more than 40 years. The scientific community was highly critical of this stance. But it now appears that we had great foresight. It’s a matter of working day and night on the problem and also doing a long-term follow-up. What is now clear from comparable recent scientific research of this kind, among others at the AMC in Amsterdam: that the 3-day treatment worked in hospitalised pneumonia patients as well as in the comparable group that received antibiotics for 8 days! Incidentally, every disease has its own optimal treatment duration, and there is also a big difference between science and practice. I have learned to believe practice sooner than science. Bacteria become resistant, especially when antibiotics are dosed too low and it also applies that: the longer you treat with antibiotics, the greater is the chance of developing resistance. Stopping a cure as soon as the patient (human or animal) clearly improves, does not actually lead to resistance at all, which is duly noted. I thought about this a long time ago. An antibiotic weakens the bacteria and these weakened or dead bacteria may work as a kind of ‘auto-vaccine’: body weakened antigens that become prey for the body’s own antibodies. Thanks to the antibiotics! Based on extensive and long experience we know how long an optimal treatment should last.

It would be interesting to be able to calculate by means of ‘models’ how old the average person would be if there were no antibiotics!